WE ARE COMING BACK IN JULY. We are very excited to announce we are running an elite goalkeeping camp from Saturday July 23 until Monday July 25. We would love to see previous campers and new ones over this weekend at Graham Park.

What our campers have said

“This camp was the first Keaton Jennings has attended- and he thought it was awesome!  So much so, he went 2 weeks in a row for both sessions!  He really learned a lot from Paul and is using the techniques constantly, and it helped him earn a spot on the ODP team. Can't wait till next year!”
– PA Crew Academy, SVSA Red Dragons

“At the age of ten, my son was asked to play goal for his travel team. The only real goalkeeping skill he had was the ability to punt the ball three quarters of the length of the field. He really liked playing keeper so we needed to find him a place to learn more about being a goalkeeper. We found that with Elite Goalkeeping Academy. He was one of the youngest in the camp the first year at ten and it transformed him from "the kid who could punt the ball far and make some saves" to a goalkeeper. He learned so much and now after completing his third camp, he continues to learn. Mick and Paul have given him the tools. This past year in his indoor season, he had three shutouts in a row. But the most important thing he has gained is confidence. We can't say enough about what the EGA has done for our son!”
– Dianna Drugmand, soccer mom

"I've been attending EGA for three years now, and I've enjoyed every minute of it. It has helped me to improve my goalkeeping, and Mick and Paul are two great coaches!"
– Aryana Jones
Age: 14
Beadling Soccer Club

“EGA was really amazing and I will go back every single year.  Mick and Paul were so nice and taught me so much in just three days.  I know that I am a better Keeper now after this academy.  Everything was amazing!”
– Michael Cammarata, U10

“My wife and I were blown away by the high level training that Mick and Paul brought to the fortunate boys and girls that attended this academy.  We traveled from Jamestown, NY hoping that this goalkeeper training would be good for our son that loves being a keeper but has had limited training.  I can't tell you how excellent this program was.  There was no down time, just serious training by experienced pros.  Mick and Paul were also very personable and made a connection with each and every keeper.  They are extremely positive, dedicated, knowledgeable and serious about teaching not only skills but the mental aspect of the game.  If your child is serious about being a keeper, this is one academy they need to attend.  Finally, the program director, John, made my wife and I feel as if we had known him forever and treated us like part of his family.”
– Phil Cammarata, soccer dad 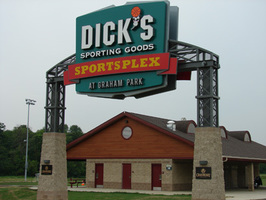 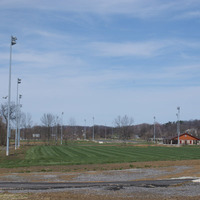 If you have any queries or wish to book a place, please contact us:

If you have any queries or wish to book a place, please contact us:

Get social with us.